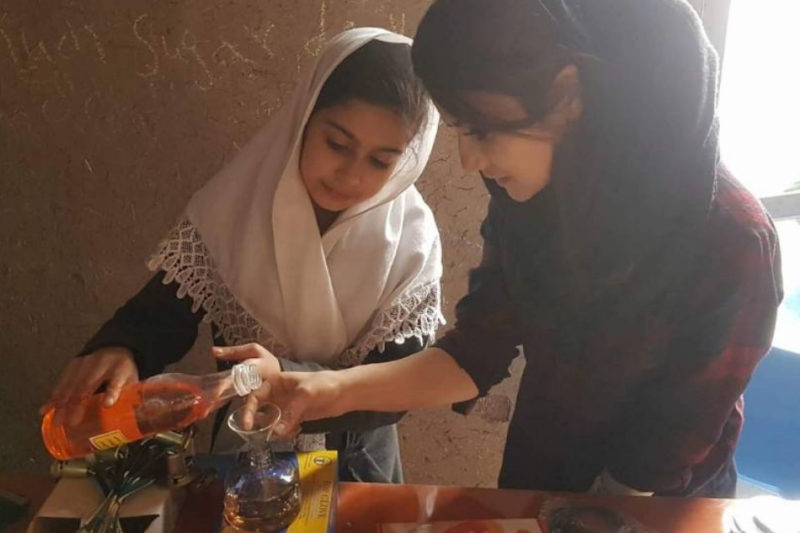 Many Afghans are stranded as internally displaced persons (IDPs) in the Herat province in western Afghanistan. A large number of the refugees are children. Our project school, the “Abdul Wahed Bahra” school, is located in Injil, a district of Herat Province. The majority of the students are refugees. Together with our member Winuss, we worked on improving the partially unacceptable learning conditions. We have been able to supply the school with inventory and teaching materials.

Hundreds of thousands of Afghans are on the run in their homeland.

For a long time already there have been more IDPs among the Afghan displaced persons than refugees seeking protection in other countries, where their care is usually better guaranteed by international aid organizations. According to the United Nations, the reason for the increase in the number of refugees are the ongoing and spreading conflicts in the country. Additionally, there is malnutrition and the danger of explosive war residues as well as improvised explosive devices (IEDs).

Herat, in the west of the country, is one of the most important destinations for internally displaced people. It borders the provinces of Badghis and Ghor, which have been particularly hard hit by the drought that has lasted for almost three years. Most of the internally displaced persons, more than half of whom are children according to the Herat refugee authority, have nothing more with them when they arrive than what they are wearing. But the drought is not the only cause of flight. Terrorist groups are particularly active in the provinces of Farah, Badghis, and Ghor and the residents fight daily with the fear of attacks by insurgents: The massacre in Ghalmin in the province of Ghor, in which around 30 civilians, including children, were executed in October 2016, is just one example of the serious security situation in these provinces.

In addition, there are also increasing numbers of unexpected mass deportations of Afghan refugees from Iran via the Islam Qala border crossing to Herat. Around one million Afghans had to return involuntarily to the war-torn country in 2017. Since Mazar-e Sharif and Herat are among the safest zones in Afghanistan, the two provinces are the main destinations of the refugees.

Although education is a fundamental human right (Art. 26 of the Declaration of Human Rights), access to education in such a situation is not a matter of course. The provincial governments do not have the financial means to erect school buildings for all school children in the entire region. As a result, classes are often held outdoors, in tents, in inadequate rented rooms, or even in ruins. The Abdul Wahed Bahra School in Injil District is one of the schools that are mostly attended by refugee children.

The inadequate learning conditions are an enormous problem at this school and prevent the students from attaining an education. Due to the close contact with our member Winuss, who lives in Herat and coordinates the project on-site, we were able to create smooth cooperation between the school management in Herat and the Visions team in Hamburg.

After Winuss had visited the school in winter and determined the urgent need, she worked out a list of needs together with the headmistress, on which we orientated ourselves.

In the first step, we helped with the acquisition of urgently needed inventory and teaching materials. This mainly included chairs, tables, boards, and shelves. The handover of the new acquisitions took place in a festive mood with food and drinks for the Persian New Year festival (“Nouroz”). 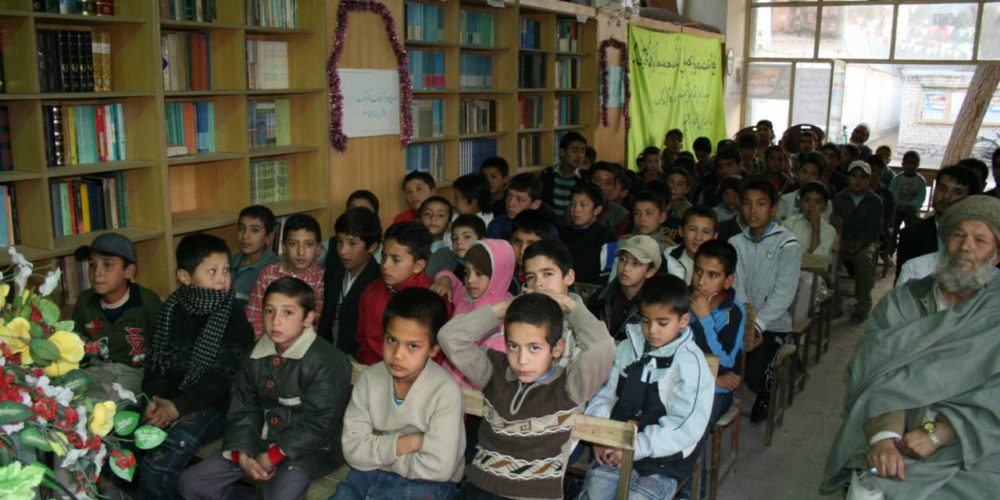 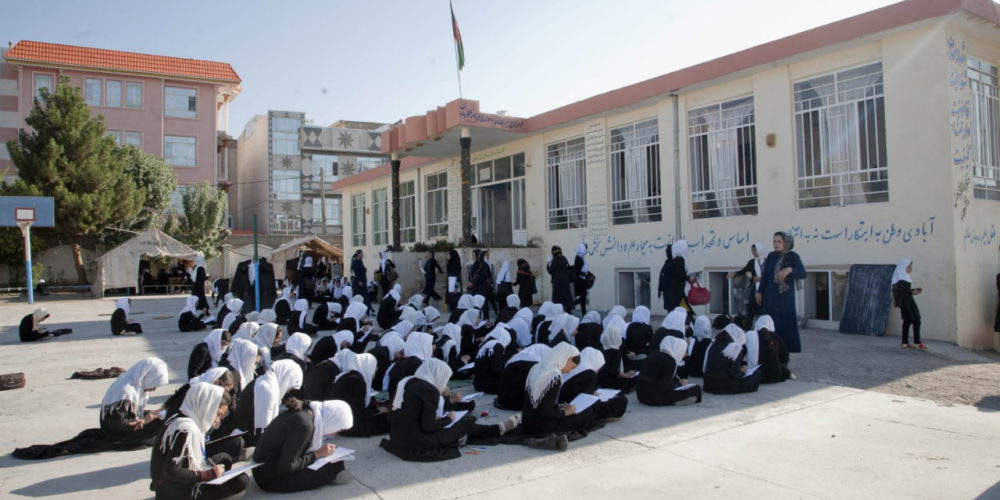 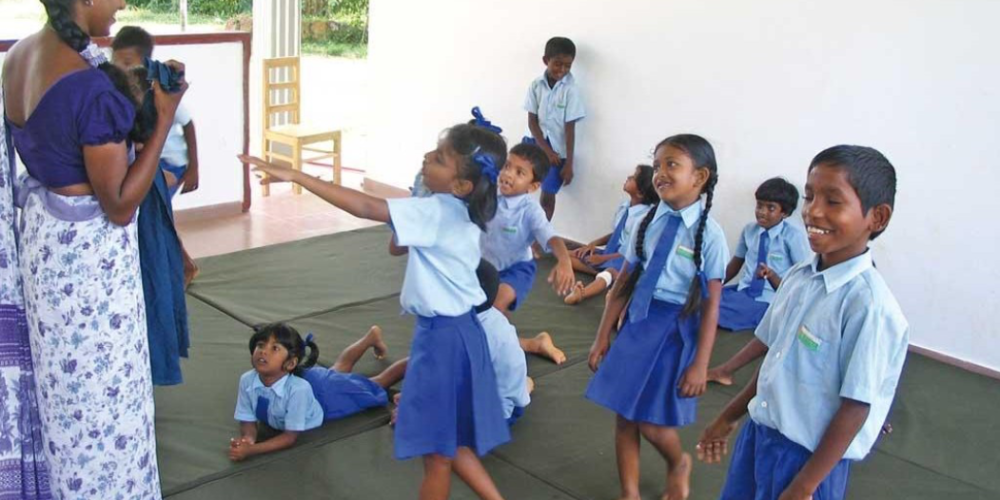 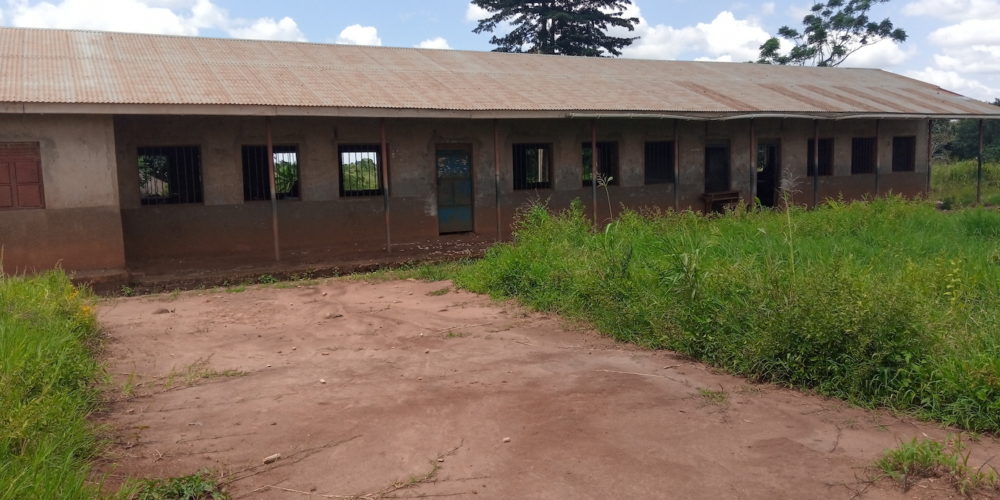 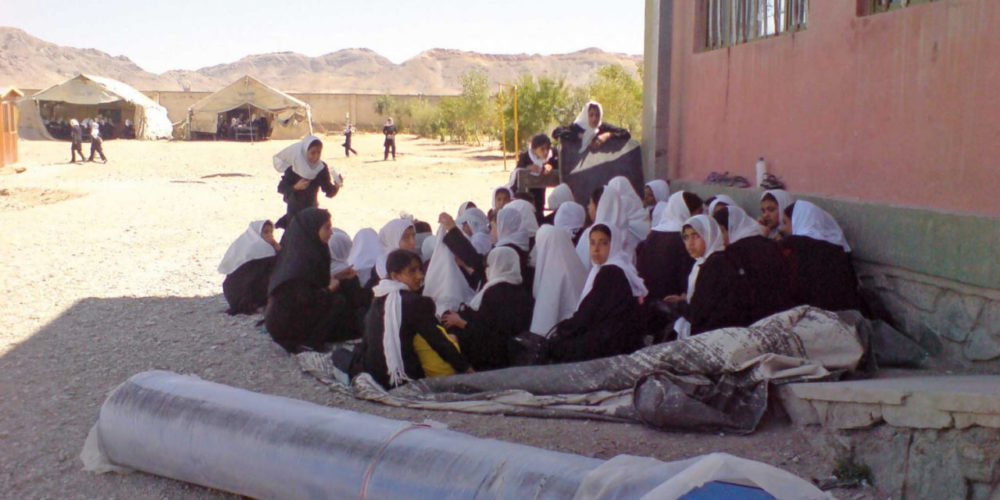 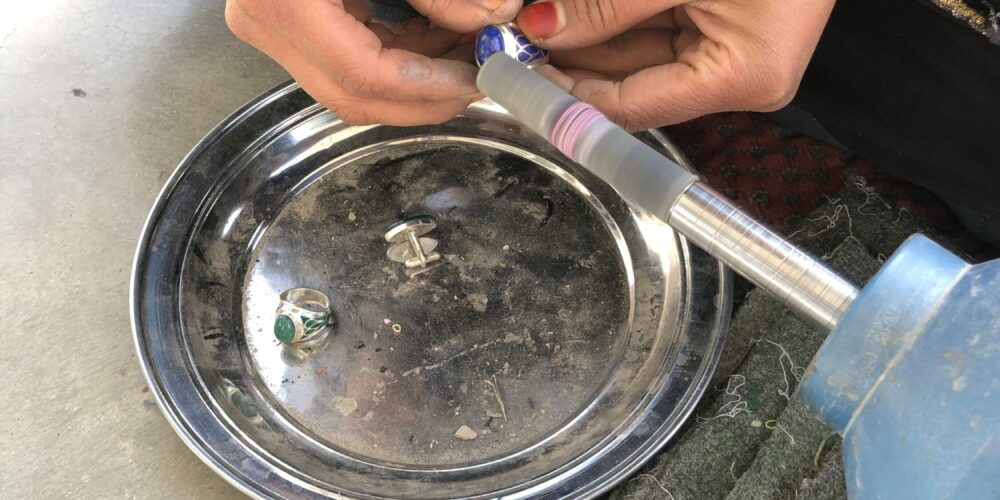 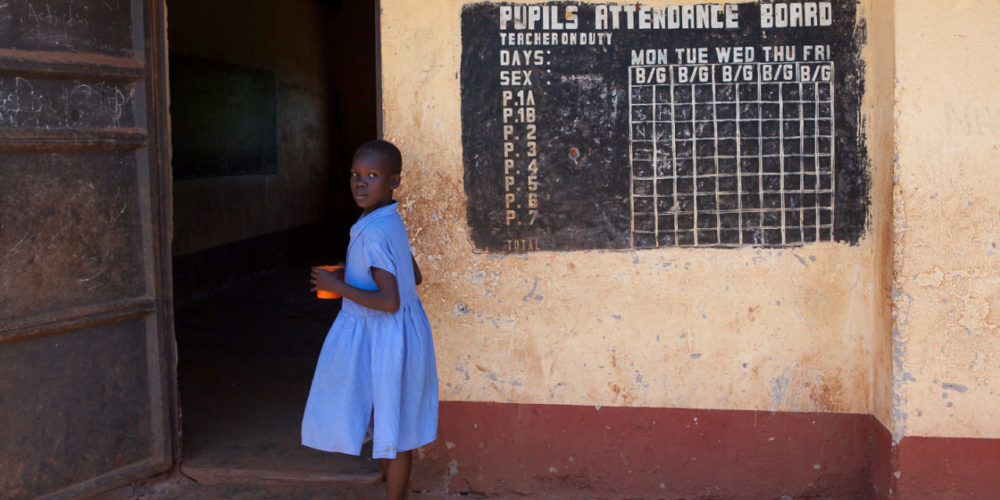 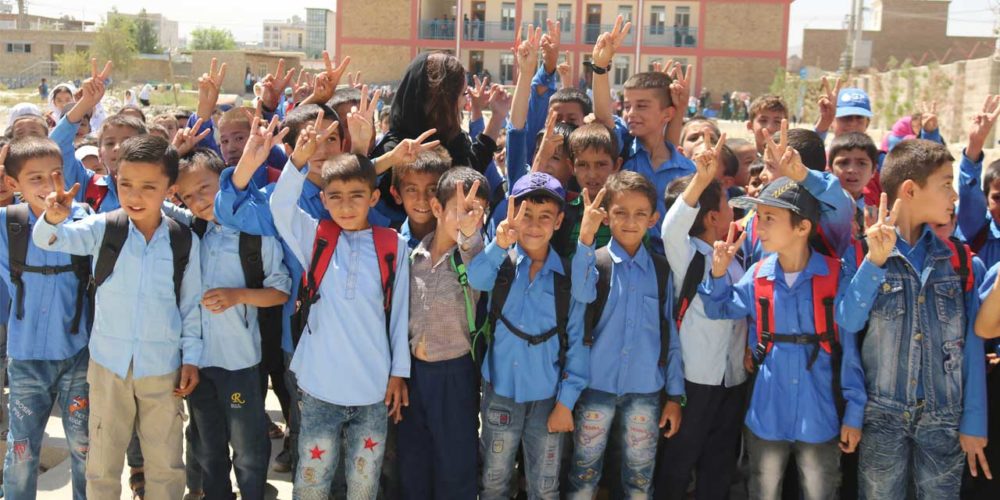 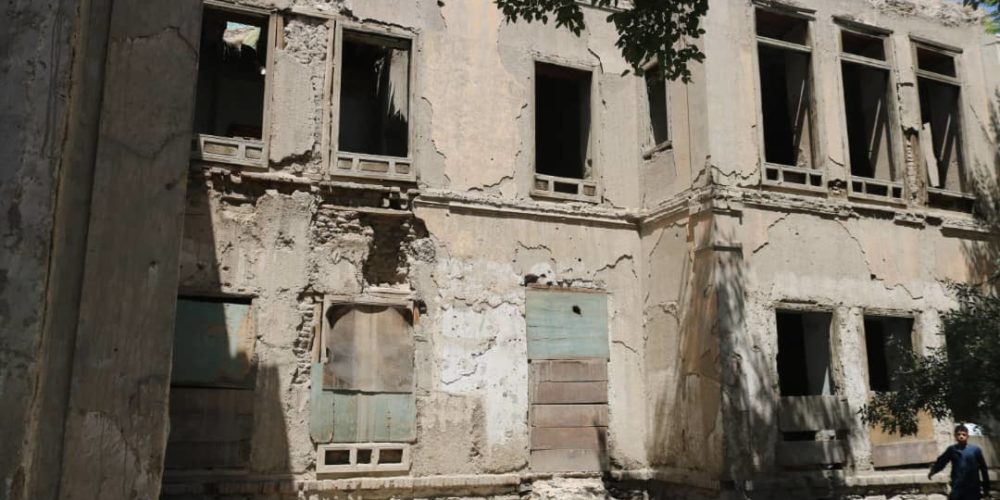 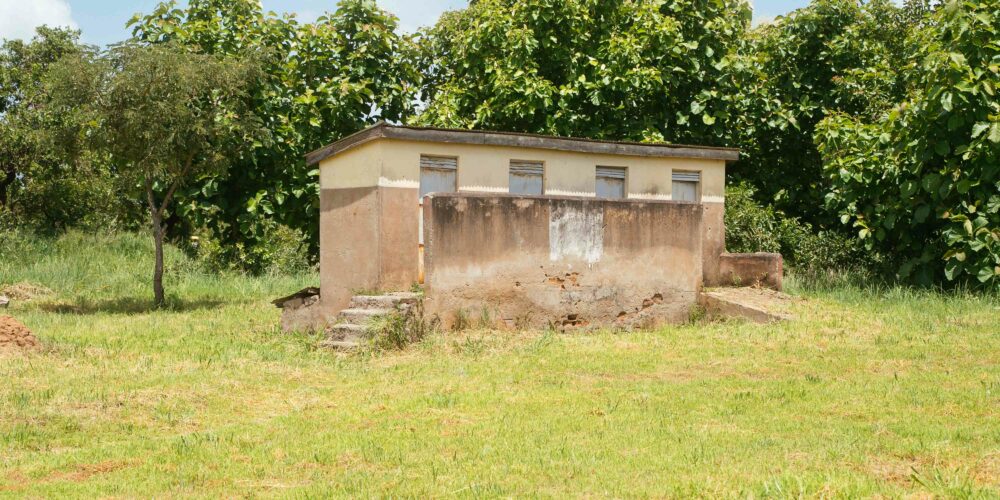 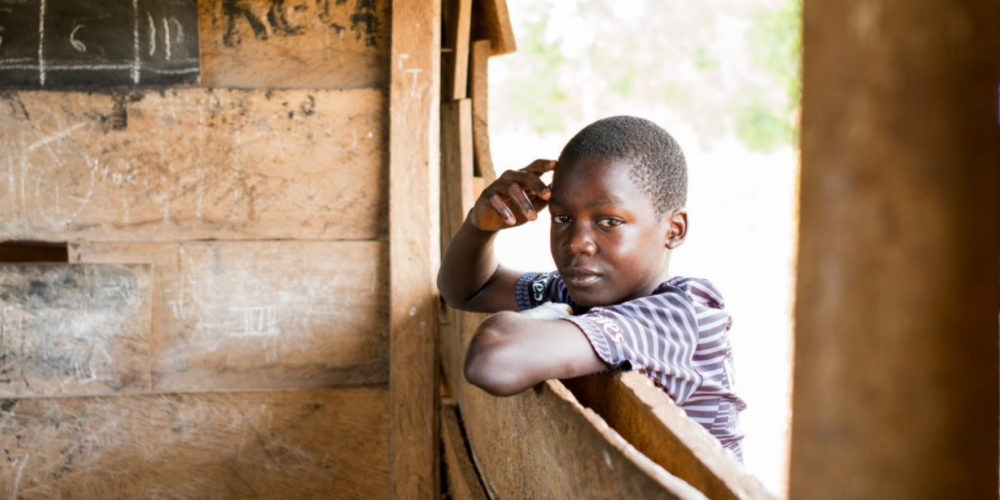 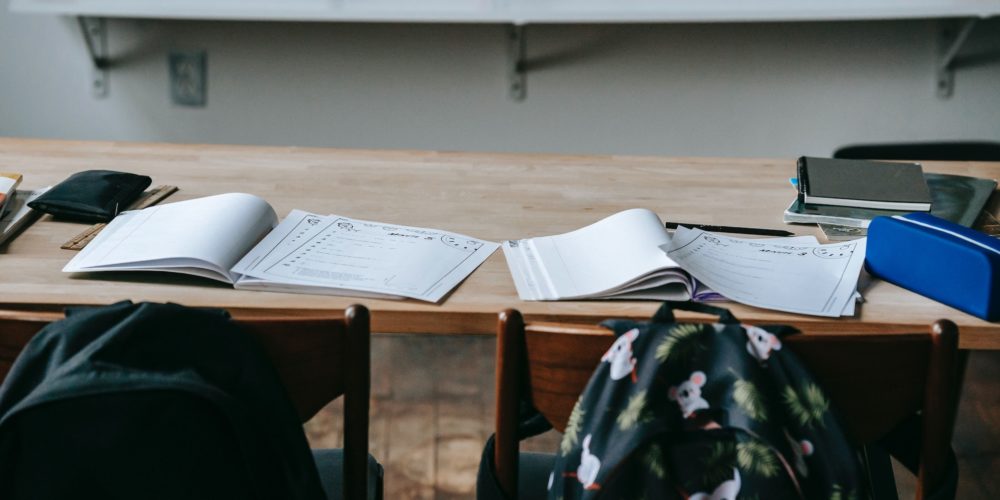 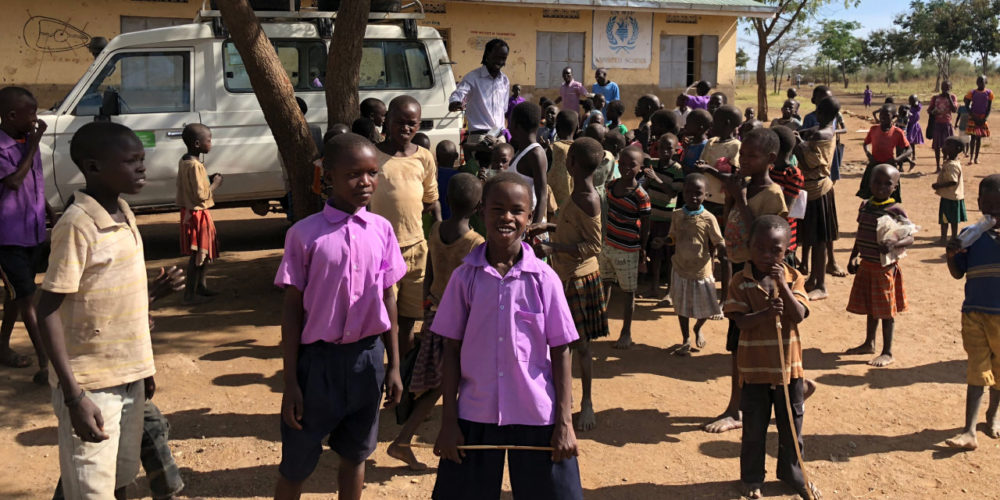